What Is A Collaborative Robot?

When most people think of robots in manufacturing factories, they generally think of large clunky mechanical arms that are often kept separate from human employees. Unsurprisingly, this is done to protect human employees from getting hurt in case they either step too close to the robot or if the robot ends up malfunctioning.

However, did you know that a new breed of machines is being utilized in production lines and warehouses now? Unlike their larger industrial counterparts, these machines tend to be smaller, as they are specifically designed to work side by side with humans. These machines are known as collaborative robots, or colloquially, ‘cobots.’ But what are they exactly? In this article, we attempt to explain what a collaborative robot is, and its benefits. So be sure to keep reading to find out more.

What Is A Collaborative Robot?

As stated above, collaborative robots, also known as ‘cobots,’ are robots that are specifically designed to work alongside human employees. As such, cobots are smaller and equipped with sensitive sensors to ‘feel’ their surroundings. Moreover, if say, a human employee accidentally interrupts the robot’s work, instead of continuing, these robots will immediately shoot into safety mode. Contrast this with traditional industrial robots, which would simply continue with their operations, thus potentially injuring people nearby.

These machines tend to operate on repetitive tasks, such as picking, inspection, and packing, to name a few. Since they are working together with people, cobots usually work at manageable speeds. Because you do not need to fit these robots with a protective cage (thus taking up less space), they have allowed small and medium-sized businesses to compete with their larger counterparts.

Currently, recent reports have shown that the cobot market has a global value of $600 million in 2023, and is expected to reach $8 billion in 2030, meaning it has a projected growth of 32.5%. So, if anything, it seems that cobots are only going to become more mainstream from here on out.

Then, where did cobots come from? The first cobot was invented in 1996, by Northwestern University professors Michael Peshkin and J. Edward Colgate. They called this machine “a device and method for direct physical interaction between a person and a computer-controlled manipulator.” As of now, many cobots have been produced and marketed by various companies, so these cobots can help meet the demand of various growing industries.

Benefits Of Using Them 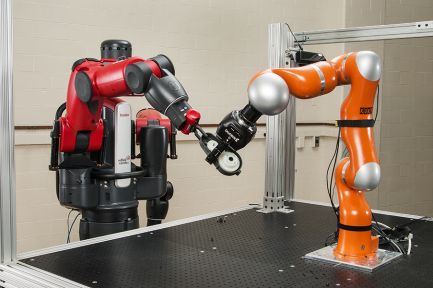 So, why should people start using cobots? Despite their smaller stature, cobots are widely beloved in the logistics and manufacturing industries. Here are a few of its benefits below, and why companies have been turning to them:

Cobots are made to take on various tasks easily. These tasks can range from welding, screwing, picking objects up, and more. So long as you have the suitable end effectors, you can essentially program your cobot to do whatever you want. Cobots can also be easily moved around and mounted, meaning they can switch between departments easily. For instance, if a department is lacking in manpower, a cobot can easily be programmed to pick up the task. This flexibility means cobots can be utilized as temporary employees, especially on shorter production lines. After all, it is a lot more practical and efficient to use a cobot for a few weeks than to hire a short-term employee during peak times in production.

While installing and programming industrial robots can take a few days (or even weeks to fully set up), installing a cobot requires a lot less time and effort. In fact, a cobot’s installation can be completed within half an hour and can complete its first task in around an hour. Traditional robots, on the other hand, need their overseers to have a lot of expertise in programming them to perform just one action. With a cobot’s user-friendly software and mobile applications, cobots can be easily programmed, and learn new tasks. As stated above, this makes them a lot more flexible.

There is no surprise that repetitive motion is one of the leading causes of injuries in the workplace. This can range from hernias to back pain and even carpal tunnel syndrome. According to the Bureau of Labor Statistics, back injuries and other discomforts were highlighted in about 39% of work-related musculoskeletal disorders in the American workplace. Fortunately, cobots can help solve this problem. As they are so accurate, cobots will never deviate from their actions and always perform tasks to the same standard. Meaning their output is entirely consistent, with the same quality. They can also work without rest, meaning they can work faster, and longer hours, unlike human employees. This means cobots increase the efficiency and production of a manufacturing line.

As a result, employees can move on to different tasks, such as those that require more strategic or creative thinking. This means that employees are likely to enjoy their work a lot more, which means less absenteeism, and higher levels of job satisfaction in the long run. 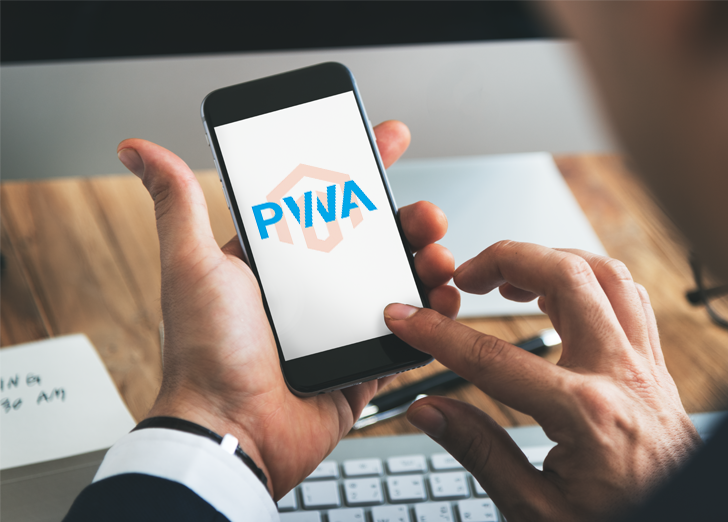